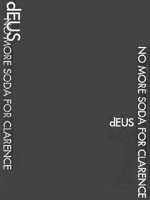 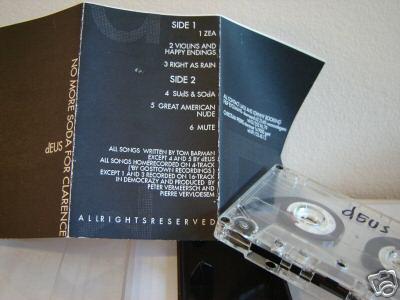 Their first “serious” demo, produced by Vermeersch/Vervloesem. At the time Christian Pierre had joined Filip Eyckmans and they managed dEUS as ‘Jack and Johnny’ until Tom Barman got the idea of the name ‘Musickness’. ‘Jack and Johnny’ released the first Zea EP and A Beatband’s Jintro Travels the Word in a Skirt.

A list of all versions of No More Soda For Clarence, based on the information available on Discogs.