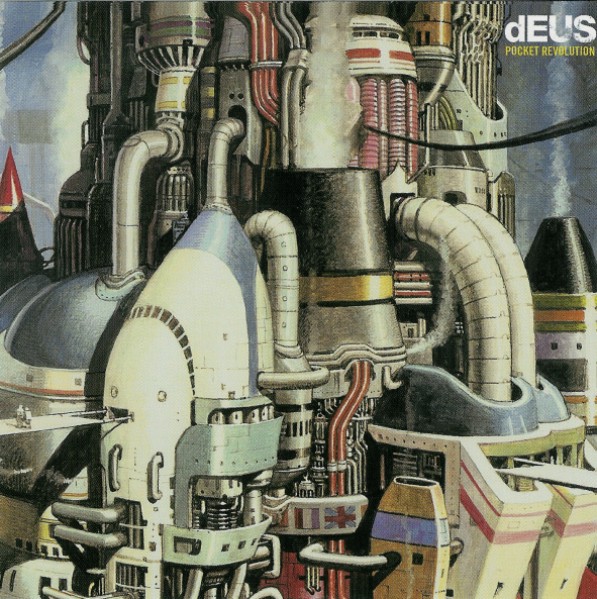 Pocket Revolution is the fourth studio, released in 2005. The cover art is based on The Von Neumann-Machine, a story from Don Lawrence’s Storm series of graphic novels.

Pocket Revolution was the first dEUS studio album to be released in six years, since The Ideal Crash in 1999. The band featuring Craig Ward and Danny Mommens disintegrated during its recording. Ward, who was supposed to produce the record, left the band in August 2004, soon followed by Mommens. They were replaced by ex-Evil Superstars guitarist Mauro Pawlowski and bass player Alan Gevaert, who completed the recording of the album. Other contributions include Stef Kamil Carlens doing backing vocals on Pocket Revolution and Sun Ra, CJ Bolland, and Tim Vanhamel of Millionaire (who used to play guitar with dEUS on The Ideal Crash tour). The release of the album was followed by a one-year tour that led the band through Europe and to the United States, Canada, Israel and Thailand. It was the longest tour dEUS ever did.

In February 2007, a Pocket Revolution songbook with lyrics and chords for all twelve songs of the album was released by Beriato Group. It is the first songbook to be dedicated to dEUS .

A list of all versions of Pocket Revolution, based on the information available on Discogs.