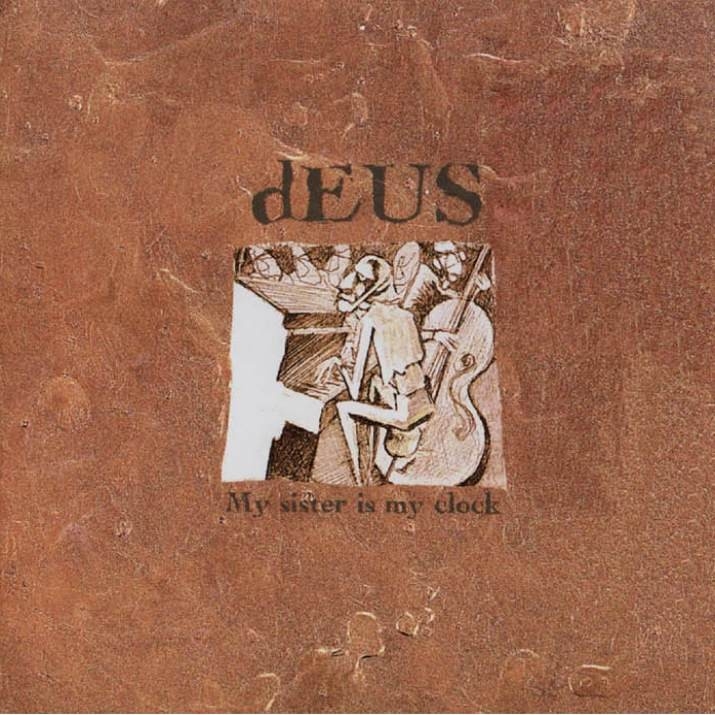 This CD was first planned as a 3- or 4-track EP… the result turned out totally different: 13 “songs” mixed together (the CD contains 1 long track) with weird and dark atmospheres.  Somebody described MS=MC as a ‘musical painting’, a relevant comparison. It’s not really a dEUS work, it’s more individual: some tracks are Klaas’s, others are Tom’s, some are Stef’s, others are Rudy’s, even Jules acted as composer on MS=MC!

The Bang!-version was a mail-order only limited edition in a thick cardboard envelope (Phat-pak) containing 5 single-like sleeves, each of them containing a picture, a photograph or a drawing made by a member of the band + a sleeve containing the CD itself.

Tom made the black “wee” card. Klaas made the yellow card with weird stuff. Rudy made the card with the same paintings repeating themselves (color on one side, b&amp;w the other). Stef made the little ghost card. Julle made the weird paper cutouts pasted into a weird picture, with dEUS on tv

There is also a very rare 13-track version of this release.

A list of all versions of My Sister=My Clock, based on the information available on Discogs.